This Speaker Bio is intended to be useful in briefly describing my professional background, such as when listing me as a speaker. A more detailed bio is available under Bio.

Bill Wilder is a cloud computing veteran, with deep expertise in the Microsoft Azure cloud platform, with a technology focus on public cloud, distributed systems architecture, and application security. Since 2014, Bill has been CTO at Finomial, an early stage SaaS company serving the global hedge fund industry from the cloud. Prior to that, Bill consulted as a hands-on architect to giant corporations (including Microsoft), mid-sized companies, and startups, helping them execute on the cloud by providing architecture guidance, Azure training, and custom development. Bill began working with the Azure cloud platform the day it was unveiled at the Microsoft PDC in 2008 and subsequently founded, in October 2009, Boston Azure, the oldest Azure-focused community user group in the world. Bill is the author of the book Cloud Architecture Patterns (O’Reilly Media, 2012) which explains patterns and concepts core to understanding how to most effectively use public cloud platforms such as those from Microsoft, Amazon, and Google. Bill is recognized by Microsoft as a Microsoft Azure MVP, a reflection of his Azure cloud expertise, a willingness to share it, and community leadership.

Before shifting his focus to the nascent public cloud arena, Bill spent 10 years at Fidelity Investments in development leadership roles, most recently focusing on services (as SOA architect), open source adoption, and as a .NET enterprise architect. Prior to that, Bill joined a team of PhD scientists as the first engineer hired at LifeFX, a B2C startup innovating facial animation technology; Bill made the next few key hires, then focused on architecture and delivery. He also helped Digital’s AltaVista team bring to market the first multimedia indexing solution in a search engine. Early in his career, Bill was a software development manager at Lotus (and later OneSource), where his team designed the UX for, built, and shipped the first Windows user interface of the division’s flagship product.

Bill speaks regularly at community events and occasionally at big conferences (most recently at O’Reilly’s Software Architecture Conference), blogs at blog.codingoutloud.com, and tweets from @codingoutloud.

Trying to reach Bill? Try him on twitter (@codingoutloud), email him (codingoutloud (at) gmail.com), or catch up with him at a Boston Azure meeting.

Additional sizes/resolutions available from http://en.gravatar.com/codingoutloud; thumbnail is above & 420×420 is below. 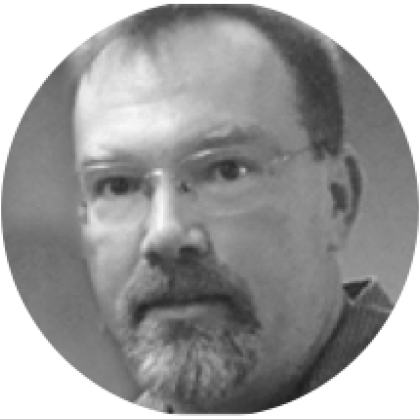